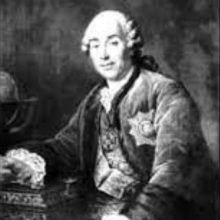 From a Puritanical American point of view, I guess this composer has an unfortunate name. In the same way that Americans are responsible for converting the standard British 'Titbit' into 'Tidbit', so as to avoid even the passing thought of mammary glands in the vernacular, so this composer is often rendered as 'Anton Ferdinand Tietz'. The New Grove gives this short shrift, however: their entry for him under that name simply says 'See TITZ, ANTON FERDINAND'. The main entry for him, under that shorter surname spelling, offers Tietz, Dietz and Dietzsch as alternative spellings, but in square brackets, indicating their inferiority. It also mentions that he had an additional first name: Anton August Ferdinand Titz. The 'August' is again in square brackets, however, so may be dropped.

However you spell him, he was born in approximately 1742 (there seems to be doubt about the specifics), and died in 1810, so he spans the time of Carl Philipp Emmanuel Bach, Mozart, Haydn and much of Beethoven. His music is thus thoroughly 'Classical', with a capital C! He is a fairly minor composer, all things considered, with a fairly small output of chamber music, some string quartets and quintets and the occasional symphony. He suffered mental problems from 1805 onwards, which curtailed his composing activities. He was born German, in Nuremburg -but he lived and worked, professionally, in Russia (specifically, in St. Petersburg) from 1771 onwards.