Another short note to let you know that the Absolutelybaching Flac Checker (AFC to its friends) has been updated to version 2.02.

As with the recent update to CCDT, the changes are cosmetic for the most part, but also contain a significant piece of new functionality.

The cosmetics bits are to do with auto-detecting what distro you’re running on and prompting you to install any necessary software prerequisites in a Read More...

Today would have been Benjamin Britten‘s 107th birthday.

His music was the first ‘serious’ music I ever encountered, thanks to Mr. Harold Vafeas and the Senior School Choir he directed that sang “proper” music like Vivaldi, Orff …and Britten. I hated the music Harold made us sing of Britten’s. Absolutely hated it! It was difficult, complex and… “modern”, at least to my ears. But if you practice a single piece for a term or Read More... Just a short note to say that the Classical CD Tagger has been updated to version 2.12.

There were a few code tidy-ups. For example, the utility now puts up proper ‘you need to install…’ error messages if it detects that certain software prerequisites are not already installed:

The script has been tested on OpenSuse 15.2, Ubuntu 20.10, Fedora 33 and Manjaro 20.1.2, and in each case the prompt to install the required software prerequisites will be distro-specific. Thus, Read More...

That screenshot left of this text contains the answer to an obscure-looking Linux command’s query: when did the file system on my /dev/sdc1 disk partition get created?

Meaning? Meaning that I installed my current desktop operating system almost exactly a year ago. Old-time readers of mine will be astonished, I think, that I’ve managed to maintain the same operating system installation for anywhere near that long! Past practice was for Read More...

This is the last in my series of three posts explaining what I’ve done to fix up a silly cataloguing error in my extensive music library. The problem was first described back here. But to recap: whilst I have always “allowed” the inclusion of a recording year in the ALBUM tag where it was necessary (to distinguish, for example, between Boult’s 1959 and 1968 recordings of Vaughan Williams’ 9th symphony), I only added the recording date rarely, and as an exception to the norm. Rethinking the logic of what counts as recorded music’s primary key, however, I realised that the recording date should always and without exception be included in a recording’s ALBUM tag.

So, the past few posts have been about the scripts I wrote to (a) check every recording had a recording year stored in its YEAR tag; (b) to check that those recordings that had a date included in their ALBUM tag matched there what their YEAR tag said should apply as the recording date.

So. Eyes down for a tricky one (because this last stage of fixing things is the most complex and awkward to accomplish)! Here’s the script I wrote to achieve the necessary outcome:

So, this is the next in a mini-series of posts, explaining how I went about fixing up the discovery that I’d tagged my music files incorrectly after all these years, despite knowing better!

The short version is that I always knew the recording date was an important factor in distinguishing between recordings of the same work by the same artist, but since I didn’t often have duplicates, I assumed I’d get away without including it in the ALBUM tag for a composition. And then I realised that though I might well get away with it today, a new acquisition here or there could well mean that I wouldn’t get away with it for ever: if the information is theoretically necessary to distinguish recordings, then it ought to be present, always.

Thus, I needed to go back to my music library and make sure that the recording date was present in the YEAR tag, which was designed for it. How I did that was the subject of my last post.

But a recording date stored in the YEAR tag isn’t actually functionally useful for distinguishing between two recordings of the same work. That’s because most music players will order and group recordings by what they call “Artist” and “Album Name” -which are the ALBUM and ARTIST tags in a FLAC file. If the recording date is stored in the YEAR tag, that’s fine, but it won’t usually be used from there to sort and group music properly. In other words, having made sure that I actually had a YEAR tag for every recording, my next task was to bring that YEAR data up into the ALBUM tag, where it could actually be useful.

I’ll just pause at this point to say that I’m really doing something at this point which I’d much rather not have to do: namely, repeating information already stored in one place in a second place. There’s a reason for not liking to do this: the two pieces of information are physically independent of each other and there’s no intrinsic mechanism in the audio player world to make sure they stay identical. That is, I might have an opera called Peter Grimes which was recorded in 1958. I could set YEAR=1958, and ALBUM=Peter Grimes – 1993 …and nothing can stop me now having two completely different recording dates associated with the same recording. You are then in the position of not really knowing whether one is right and one is wrong, nor which one is right or wrong -or whether both are as bad as each other! In strict database practise and theory we avoid duplicating information like this precisely because it makes data maintenance so tricky for the future.

On this occasion, however, I don’t have a lot of choice. The fundamental piece of data every music player sorts and groups by is ALBUM. If the recording year is not present in that, then it functionally cannot help to distinguish between different recordings of the same work by the same performer. So practically trumps strict theory on this occasion -but it’s still a good rule to bear in mind in general, which is why it’s such a good idea to not include the ALBUM data in your track TITLE tag, for example.

Anyway: that’s the purpose of this post. Now that I know all my recordings have a YEAR tag, I want to make sure that I haven’t ever included the recording year in the ALBUM tag… and used a different date when doing so. If YEAR=1958 and ALBUM says “Peter Grimes 1969”, I want to know that 1958 doesn’t equal 1969. I’ll have to make a manual decision about what to do, and how to fix, any discrepancies found -but the job at hand is to find any discrepancies that do exist.

As always, I’m after a script that will check my entire music library in either one huge go, or in whatever smaller chunks I feel like running from time to time. And here’s the script I came up with to do the job:

My last post explained that my music collection needed to be re-catalogued to some extent. In particular, I needed to make sure that every track I’ve ever ripped has an entry in its YEAR tag, identifying when a particular recording was made (because that little piece of information turns out to be a crucial component in classical music recordings’ “primary key“)

I wasn’t going to check all 64,000+ ripped audio tracks by hand to achieve this! Instead, I needed to script something that could batch-check my entire collection in one go.

Here’s the bash script I ended up writing to do that:

I was in discussion with some people on a Classical music forum recently. Topic of discussion: yet again, the issue of how you go about tagging your music collection so that it works efficiently and in a scalable manner to achieve good music discovery and access. Of course, I long ago decided I had the correct approach to that!

Anyway, the discussion did what it usually does: when push comes to shove, two of the people declaring my proposals unworkable turn out not to bother with tagging music Read More... 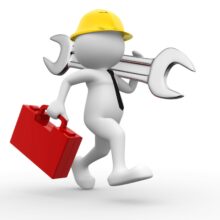 This weekend, I hope to move this website from its current virtual machine host onto a dedicated physical server. The aim is to improve the speed and responsiveness of the site: though the virtual machine it’s currently running on is generously provisioned with RAM and virtual CPUs, I think the site ‘sticks’ for longer intervals than I’m entirely comfortable with. Hopefully, on a reasonably powerful physical server that is also generously provisioned, Read More... 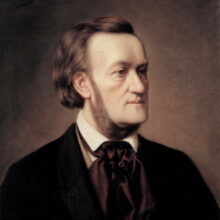 I was recently engaged in a discussion about Wagner’s antisemitism and whether or not it had anything to do with the rise of the Nazis. Could it be said that Wagner, in some way, paved the way for the horrors of Auschwitz or Treblinka?

My personal view is that Wagner’s music is sublime, but he was a rotten person -and his declared and un-repented antisemitism will forever tarnish his name and make those who admire his music regret his personality a lot. But no: he drank Read More... 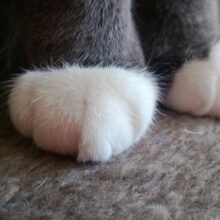 Just as it looked as if I would be able to complete my Bach translation project on time, domestic issues have reared their head (of the house-selling kind) and accordingly the project is on indefinite (but quite possibly extremely temporary) pause. This morning, I completed the translation of cantata BWV 140, which is probably one of his best (and is definitely one of my favourites). Cantatas 141 and 142 weren’t written by Bach, so BWV 143 is next off the runway.