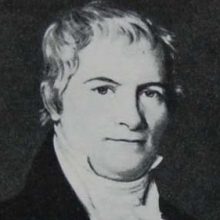 Tricky to spell, trickier to pronounce for we English-speaking monoglots, I fear!

The spelling I'm recommending here is direct from the New Grove Dictionary of Music and Musicians, which is about as definitive on musical matters as you're likely to find in this lifetime. He was born in ‘Bohemia’, so this spelling seems diacritically correct. Of course, back in the day, anyone born in Bohemia could always use a Germanised version of their name. In this case, that would be Franz Xaver Duschek ...though variations of Duscheck or Dussek would also be acceptable!

Last.fm has the Duschek variant, but with only 6 listeners, it’s clearly ‘not right’ as far as users of that website are concerned! 877 listeners put up with ‘Dussek, Frantisek Xaver’, including the surname coming first, which keeps the fans of 1960's library card indexing happy, but is otherwise just bonkers for anyone even vaguely acquainted with the 21st century and its computers' ability to search for things without needing to mangle the word order first! In short, as ever, Last.fm is just very confused on the matter and should not be considered a reliable guide to getting his name correct.

But there’s no need to be in doubt: just use the New Grove's authorised version, which means it's František Xaver Dušek from this point on! (If you don't know how to type your diacritics, it's time to learn: his music is worth the effort, trust me!)

However you spell him, he was born in 1731 and died in Prague, in 1799. He's a bit older than Mozart, therefore; but died slightly after him. He is the chief Bohemian exponent of the High Classical style (though he can't entirely shake off some traits of the Baroque era in which he was born). Incidentally, don't confuse this composer with the equally 'Bohemian' Jan Ladislav Dussek (1760-1812): entirely different people and not in the least bit related.