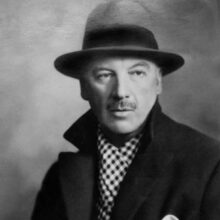 There are only two examples I can think of where including someone's title in the Composer tag is probably appropriate: Lord Berners and Sir John Blackwood McEwan, since no-one ever seems to mention their names without the title.

If you wanted to strictly apply the normal rules of title-less tagging, you'd really have to refer to the second example as “John Blackwood McEwan”, which sounds fine and works quite well (apart from the fact that it means there's one more 'J' to add to the enormous list of composers whose names begin with 'J'!)

But for Lord Berners it's much more problematic! “Berners” would seem to be entirely too concise, for starters 🙂 So perhaps you'd need to run with “Gerald Hugh Tyrwhitt-Wilson” (given that that was Lord Berner's real name)? It would be a name no-one else is ever going to be familiar with, at least! Of course, a title-less John Blackwood McEwan is still recognisably the same person as 'Sir John Blackwood McEwan'... whereas, there's no obvious relationship between someone called 'Lord Berners' and 'Gerald'!

On the whole, I think “Lord Berners” is the more acceptable alternative.