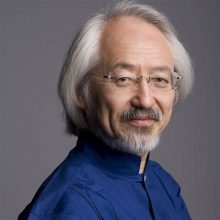 I have bought more complete sets of Bach Cantatas in my time than is probably good for a man! I started with the Leusink Cycle that was included in the Brilliant Classics 'complete Bach' set and is now available as a separate purchase: I would strongly advise any Bach newbie to avoid that cycle like the plague. The performances seem, on occasion, to have been thrown together with little rehearsal and with no real regard to 'choir tone'. Some voices stand out like sore thumbs; worse, the entire set of boy trebles have a weird tendency to 'hoot' -a most disagreeable sound indeed!

I then bought the complete Gardiner set: Gardiner is a solid conductor who you can generally rely on for performances of excellent quality and with sound musicianship. There is usually, also, a good deal of musicological learning underpinning the performance practice used. I certainly preferred my Gardiner Cycle to the Leusink (which went in the bin)... but they weren't really very exciting performances. They were, frankly, a bit dull. But the packaging was spectacular, so... you know: you pays your money and makes your choices!

So I then went and purchased the complete Suzuki Cycle... and those recordings were a revelation. Clear, clean, precise... and with excellent musicianship and a deep understanding of cantata practice, too. I found them, as a whole, to be exhilarating and profoundly pleasing. 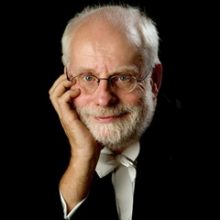 But recently, someone suggested to me that Ton Koopman's cycle would knock the spots off the Suzuki... and I happened to have bought the Koopman Cycle way-back-when, too; so I was in a position to compare the two and work out why I'd originally put the Koopman at the back of my collection, whilst retaining the Suzuki at the front. From the outset, I want to say that the Koopman Cycle exudes wonderful musicianship and musicological insight, too. Koopman and Suzuki are closely matched in those regards. But I nevertheless didn't much like the Koopman when I first heard it, and I thought I owed it to myself as much as anyone else to work out why.

Here, then, is a quick comparison of the two. Almost entirely at random, I picked Cantata BWV 130 as my point of comparison: it's one of my favourites. It was written for the feast of St. Michael and refers to St. Michael and his angelic colleagues fighting against Satan in the form of a dragon: "And there was war in heaven: Michael and his angels fought against the dragon; and the dragon fought and his angels, and prevailed not; neither was their place found any more in heaven" (Revelation 12, verse 7). It is thus dramatic, sonically brilliant (i.e., there are lots of baroque trumpet moments) and a thorough delight.

And now the nearly-equivalent Koopman:

My own feeling about that comparison: Koopman feels a bit 'cuddly', a bit softer and plumper than the Suzuki. The tempo's perfectly fine, but it's just not as clearly articulated as the Suzuki, which sounds cleaner and sharper to me. When I hear the Koopman, I think 'comfortable settee'; when I hear the Suzuki, I feel I'm in for an exciting, bumpy ride. Why this should be, I don't quite know: perhaps it's because the timpani are barely there in the Koopman, whereas they are very prominent in the Suzuki. The angelic trumpets in the Suzuki also sound a bit more brassy and brazen than the Koopman equivalents -just as they should be, for these are trumpets of war (with dragons!), not pan pipes of peace!

Koopman's trumpets improve in the third movement (the one where the dragon makes his appearance!) Here are 40-second extracts from the start of that movement for Suzuki:

And here's the equivalent for Koopman:

I think Suzuki's trumpets have more 'heft' behind them: it could just be to do with their placement, and the acoustic they are in, which seems to have a touch more reverb than Koopman's. The bass singing Suzuki's version has a bit more 'edge' to his voice than Koopman's -and I think I perhaps prefer Koopman's singer accordingly: he has a rounder, more polished tone. What I find very odd about the Koopman version, however, is that somehow a Flamenco guitarist has invaded the recording session! The guitar-strums (I assume they're actually lutes!) are really rather peculiar: the first one appears 7 seconds into that preview. I know the Dutch national anthem sings praises to the Spanish King, but I think I draw the line at Bach being roped in likewise! I can't see those strums in the score; in fact, no lutes or guitars are mentioned in the score at all. They are simply a personal 'interpretation' of what's required to 'enhance' the feel of the music, I think. And I don't like them at all!

Now for the concluding chorale. First, as ever, Suzuki:

And now here's the Koopman equivalent:

I think it fairly evident that Koopman had a train to catch! Suzuki's approach is much more laid-back by contrast, though the trumpets and timpani have a lot of work to do! Koopman's timpani are, however, altogether more muffled -and the trumpets have a similarly reticent feeling about them. Suzuki seems to me better paced, better spaced and the more prominent trumpets and timpani seem more appropriate: remember, this is a war in Heaven we're talking about!

I suppose, summing up, I find Suzuki more brash and brassy -and that sound appeals to me a lot. I imagine it might not do so to everyone. The Koopman singers are good, no doubt. The Koopman soloist is probably my preferred bass, if push comes to shove. But I just think Koopman sounds too relaxed, too soft, not edgy enough for my tastes -until the concluding chorale, when he races through things at such a pace that the music has no chance to breathe or shine.

It is, of course, invidious to judge an entire body of work on the basis of one comparison like this. So I'll do one more: BWV 147, one of the most famous of the cantatas because it contains the 'Jesu, Joy of Man's Desiring' theme. Here's Suzuki's approach to that chorus:

Both speeds are almost identical: the entire movement takes Suzuki 3:10 and Koopman 3:12, so there's basically no tempo difference to be worth worrying about. For me, this is all about the acoustic: Suzuki's is forward-sounding and therefore feels much closer (without over-doing it and making you wish they'd back off a bit!); Koopman sounds quite a long a way back, which isn't as pleasing. I also slightly prefer Suzuki's articulation at 18 seconds in to that clip: quite distinct notes, separate from each other, and in contrast to the smooth legato that has preceded them up to that point. The equivalent point in the Koopman (say, 18 or 19 seconds in) sounds no different from the orchestral accompaniment up to that point. There's no change in Koopman's articulation, in other words, just prior to the choir's entrance. To be fair, there's nothing in the score to indicate such a change should occur, either. But I think it 'works', and I like to hear it: the entire chorale can, after all, sound like super-smooth (and sickly-sweet!) chocolate spread if you don't do something to alleviate the smoothness from time to time!

I will say, however, that I was going to mark Koopman down for a lack of trumpets. It's subtle, but Suzuki has trumpets essentially doubling the sopranos, so that you can hear them at around the the 23 second mark, quite prominently. No such trumpets can be heard at all in the Koopman. Tut! Except that, on checking the score, there shouldn't be trumpets at all! So, just as I marked Koopman down for his Flamenco guitarists in BWV 130, so I should mark Suzuki down for his non-scored trumpets in BWV 147! Except... the trumpets sound right, in a way the Koopman guitarist didn't. 🙂

Look: they're close. You're not going to be doing yourself a disservice at all if you get either or both. The Koopman, indeed, has the singular advantage of being available in a single collection that can be purchased for relatively little money. Suzuki, by contrast, is not available as a single set from anywhere I could find, and instead has to be obtained as a series of 55 separate CD downloads, each costing €15 ...which adds up to a fairly monstrous €825. Given that my criticisms of Koopman are nitpickingly minor at worst, then, on cost grounds alone, I wouldn't be upset at anyone getting the Koopman! But if you can shell out for the Suzuki, you are getting -in my mind- a slightly more nuanced performance that pleases me just a bit more than the equivalent Koopman does. But yes... the dollar (or Euro!) figures hurt!