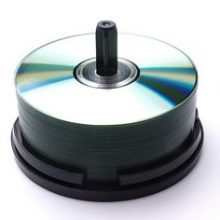 The Classical CD Ripper (CCDR) has been updated and a new version (Version 3.0, for anyone keeping count!) is now available for download. Upgrading consists of merely deleting your existing copy of the shell script, downloading the new one in its place, and remembering to make it executable (chmod +x ccdr.sh).

The changes from the previous version are extensive. Out goes all the coloured text and other attempts to prettify its output: it's a text-based application, so deal with it!

Out, too, goes a lot of dependencies on other software. In particular, cdparanoia is now used exclusively for defining CD drive characteristics, rather than programs such as lsscsi (which aren't always available on the platforms I'd want to run CCDR on). It's also now possible to pass run-time parameters to the program, to determine what specific optical drive you want to use, if your PC happens to have more than one of them.

One of the main reasons for the re-write was to allow the program to run on Cygwin (i.e., to run my Linux script on a Windows platform!) I can confirm that this now works as intended and the rip accuracy is identical to that achieved by the very-much-closed source (but otherwise excellent) Exact Audio Copy ripper. There are still a few drawbacks running it on Windows: principally, it is unable to determine your CD drive's read offset automatically. However, it lets you type one in, if you go and find out what it should be for yourself. It also can't automatically eject a CD at the end of a rip (as it can on Linux without difficulty): nothing that your own fingers can't fix by pressing the appropriate eject button, though. Otherwise, it works fine and at reasonable speed (about half the speed of EAC, which isn't bad, considering the indirection and emulation going on -and it's a speed reduction I can live with).

Documentation updates are in progress, but the software is downloadable immediately.