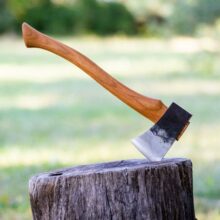 A reader recently got in touch to ask about my Axioms of Classical Tagging article, giving me the strong impression that my article makes it all sound too hard to tag things correctly... and I think he may have been right on that score! So I thought I'd simplify that article here, reducing its long, discursive justification of things to a few simple principles. If you want to understand why things should be as I'm about to spell it out, read the full article. For a short-cut guide to tagging correctly, however... read on!

There are just three basic principles to grasp from the outset, namely:

Once those principles are understood and accepted, the way you tag your music really follows as a mere direct consequence. Specifically:

There is no need for any more tags than this (though different programs might embed some extra ones of no significance for the present discussion), and all the album-wide tags have corresponding entries in the physical path-and-folder name where you store the actual FLAC files. Thus, COMPOSER and ARTIST tags match the first part of the physical folder name; GENRE matches the second part; ALBUM matches the third. Parts of the ALBUM also go on to determine what gets written into the PERFORMER and YEAR tags. That is, if the ALBUM ends "...(Boult - 1968)..." then 'Adrian Boult' will be the PERFORMER, and '1968' will be the YEAR.

Putting it simply, if I see this in a tag viewer:

...then, I see ARTIST = Bedřich Smetana, ALBUM = The Brandeburgers in Bohemia (Noseda - 2008), GENRE = Orchestral, YEAR/DATE =  2008, and PERFORMER = Gianandrea Noseda. From that, I can expect to see a folder called /Bedřich Smetana/Orchestral/The Brandeburgers in Bohemia (Noseda - 2008). Within that folder, I expect to see a file called 02 - Act I Ballet.flac (since those are the Track Number and Title tags). Here's what I actually see in my file browser: It is almost precisely as predicted, because my logical and physical data models are consistent with each other. The one mandates or implies the content of the other, in either direction: that way, I can browse my music collection from an operating system's file manager or a music player's library display in exactly equivalent ways.

And that's it, really: I'm not sure I can make it any simpler than that! But let me know if you can...