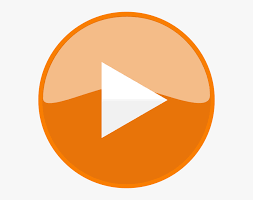 I suppose it had to come sooner or later: since all my media manipulation is done by scripts I've written myself (and which are freely available to download for anyone capable of installing ffmpeg and one or two other packages), it seemed appropriate to consider creating a scripted, minimally-functional media player.

The Absolutely Baching Media Player (AMP, to its friends) is the result.

AMP isn't terribly sophisticated! It takes a physical folder full of FLAC files (it's only capable of playing FLACs) and plays them sequentially, in file name order. It runs entirely at the command prompt, so there are no graphical goodies, like play, pause and rewind/forward buttons. You can't even pause playback or change the volume. To stop playback, you press Ctrl+C; to change the volume, you alter the levels of your operating system's volume control (or twiddle the physical volume knob on your amplifier!)

These might sound like drastic limitations -but, as this site continually maintains, classical music listeners tend to do things "differently", and AMP reflects that mentality.  That is, classical music tends to be a bit of an all-or-nothing affair: one tends not to take a tea-break half-way through a concerto (or at least, you certainly don't do so when visiting a concert hall performance!), so what need have we of pausing the music half-way through? Classical music fans are similarly generally not into 'playlists' or 'randomised play order' (since we like our symphony movements to be played in the order their creator intended them to be played!) So a deminimis player that has none of that sort of unneeded-functionality suits me right down to the ground -and I suspect it might suit quite a few other classical music listeners, too. That it can run in a command prompt window that can completely disappear (thanks to the likes of programs such as ConEmu on Windows, or Guake and Yakuake on Linux) is an added bonus: one less thing to clutter up a busy desktop.

However, I did insist on two things: any player I wrote should do proper gapless playback: that is, there should be no audible 'click' or gap/pause between tracks that are intended to flow seamlessly from one to another. AMP does that perfectly well, I think -though it does so by concatenating all the FLACs in a hard disk folder into a single, virtual file. That unfortunately means that it doesn't play individual tracks, just entire folders. It also means I can't tell you whereabouts you've gotten to in playback. You'll have to use your ears to work that out!

Secondly, any music player I use has to be able to 'scrobble': that is, submit a list of the tracks I've listened to to Last.fm, where I keep all the statistics about my listening habits. AMP manages to do this too, though only by stealing shamelessly from the excellent shell script-based scrobbling work by someone going by the name Pachanka. The moc-scrobbler script he makes available (and which I've edited very lightly and renamed to be amp-scrobbler) needs to be downloaded separately (and separately configured to have access to your Last.fm account), but after that, AMP feeds it a list of tracks you've played once all of them have been played. If you interrupt playing a symphony after only 2 movements, nothing is scrobbled (which again is, I think, the way it ought to be in the classical music world: if you walk out of a concert half-way through a symphony, you can't say 'I heard half the symphony!'... You heard nothing!!)

I also had a third requirement, but one which might be peculiar to me: if I ask it to, my music player should be capable of selecting a folder of music at random, from the countless thousands that are available to it, and then play the entire contents of the one it's selected. This is subtly different from most music players' "random play" features, which tend to pick tracks within a playlist at random. That sort of thing is no use to me, as I want my symphony movements played in the correct order! But picking albums (i.e., compositions) at random is indeed useful to me, because it stops me listening to the same 'top ten' composers all the time: it's why this website has long had a random-number display at the foot of each of its pages (which will be disappearing soon, as with AMP on hand, I no longer need such a thing to let me randomise my listening). Random is good if it makes you listen to music you wouldn't often choose to listen to yourself; it's not good if it scrambles the sense of the music you eventually listen to. Happily, AMP's random function will pick a folder of music to play at random -but it will then play all of that folder's music tracks in order.

If you are happy to live in a functional-but-minimal world, then AMP might be just the sort of music player you're after. If you like bells and whistles, then maybe it isn't! Your call, and if you try it, I hope it meets your needs.

Full details and the relevant scripts are available for download from the usual 'Technical Articles' download hub.